In this post I’ll be talking about Asperger’s. For those who don’t know: Asperger’s Syndrome is an Autistic Spectrum Disorder (ASD) or, according to the DSM V, is analogous with ASD.

You may have seen on my bio that I’m an Aspie and wondered what I was on about… well… get ready for some knowledge(!)

‘Aspie’ is a colloquialism for a person with Asperger’s Syndrome (I use person first language… it’s a personal choice… some people like it, some people hate it) it’s a little more cutesy and quirky, a little less ‘this person has a disorder’. A disorder is a ‘wrong’ order, Aspie is a difference. We’re not wrong or broken, we’re just different. If you ask some Aspies they’ll actually tell you that we’re the ones who think rationally and it’s everyone else who has a disorder… If you ask me? Well, it depends what day it is!

So what, actually, is Asperger’s? It’s a tough question to answer; It affects everyone slightly differently. The overarching characteristics, though, include social difficulties, a tendency to take things literally, an apparent lack of imagination, and having very limited or specific areas of interest. All of these ‘symptoms’ are on a spectrum, so some have more of one, less of another. There is also a high prevalence of high IQ (sometimes balancing low emotional intelligence or EQ) in aspies than the general population (source).

Personally I mostly suffer from social difficulties. It’s one of the ways this blog has really helped me, because it facilitates a way for me to express myself without having the added pressure of social graces and conversation flow. I also have special interests, but they tend to shift at times. At times Asperger’s has been my special interest. Sometimes learning how to put on an air of not being aspie (that’s right, it’s an adjective as well as a noun!). This is a symptom of when I was diagnosed; I hope things have changed, but a lot of my ‘treatment’ focused around how to appear normal (This may have partly been internal pressure). This is insanely damaging to the developing brain of an adolescent and it still lingers to this day.

As for high IQ – I don’t mean to brag, but I do fall into this category. I have qualified for Mensa, but when I saw that it actually costs money to be a member I decided not to join. Why should I pay to have proof of my high IQ? Especially when there are questions about its veracity (I wasn’t aware of this at the time, though, it was entirely about the money – like approximately 75-85% of the Aspie population I’m not gainfully employed).

High IQ and savantism are closely linked and, depending on your source, it’s claimed that around 10% of people with ASD have savantism compared with less that 1% of the non-autistic population (source). Savantism is a natural aptitude and extreme ability in certain areas (sort of like a super power). A lot of media representation of Asperger’s or ASD (both explicit and implicit) revolves around savantism: think of Rain Man being excellent with recall, Sheldon in the Big Bang Theory being an exceptional theoretical physicist, Sam in Atypical, he’s got an encyclopaedic knowledge of penguins (and Antarctica in general) and the Good Doctor who’s… well… a good doctor at a young age!

But where’s the representation of functioning aspies who are not off the charts smart? I was encouraged to see myself as a savant in childhood and maybe I was… I just ‘understood’ maths and effortlessly got straight As in it however childhood savantism doesn’t necessarily follow to adult savantism. It is, in some cases (like mine) just an early understanding which peers catch up to in time. The problem with savantism is that most arguably positive portrayals of aspies in media have some form of savantism and often it is one of few or their only redeeming quality; they may be weird and annoying, but at least they’re smart, right? Yes I understand that it’s a reaction to societies past of seeing us as somehow inferior, but it creates a very real sense of inferiority in those who are either not savants or those who’s so-called savantism doesn’t last to adulthood.

Other personality traits I have (doesn’t that sound much better than ‘symptoms?’) related to Asperger’s are as follows (I tried to list, but it would make an incredibly long paragraph!)

Because of the above I’m often underestimated by others and, at times, even by myself.

This may merit more posts, I seem to have lot more to say on this subject than I’d realised… let me know if that’s something you’d be interested in reading or if there are certain areas you’d like me to talk about.

A few key words which I haven’t used in this post, but you’ll hear me say from time to time which may help you understand what people in the wider mental health community are talking about:

While it wasn’t designed to be released with this blog post, it’s very relevant, so I’ve worked to have it ready on time: I’ve designed an Aspie Pride range. It’s now available on multiple different products in multiple formats over at my Teespring shop (direct link to range, opens in a new tab)!

50% of all profits I make on this range will be donated to Scottish Autism; Scottish Autism is an organisation dedicated to enabling autistic people to lead happy, healthy and fulfilling lives.

I’ve also relaunched my coffee time range with a plain back (I think I overreached putting my logo on the back, this should have only been for my ones!), refined colour choices (It doesn’t look good on some colour options, so I’ve removed those options!) and a larger gap between the image and text to prevent text from being hidden for those of us with breasts (#boobDesignFlaws / #boobProblems, am I right?!).

A quick aside: you may have noticed, but I’ve now moved my site so the URL above should be a lot prettier!

My next Twitch Stream 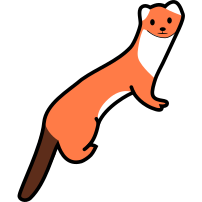 Until next time, my weasels!

As always if you like what I do please consider buying yourself one of my Teespring products or buy me a coffee with the buttons below. It would really help me out and help me continue to provide the level of content that I’ve been giving (or better if you have suggestions, I am always open to feedback and strive to improve!). Let me know what you like, what you don’t like, and if there’s anything you’d like me to cover in future posts in the comments or by email.

If you love any of my images and you don’t find them in my Teespring shop, drop me an email telling me which image and what you want it on and I’ll make a posting for you!

Get In Touch
Teespring Store 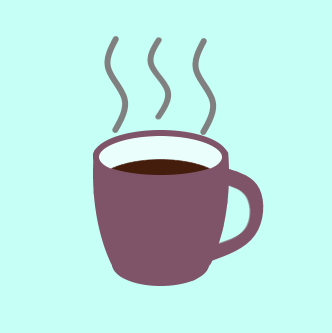 Buy Me a Coffee

Like what I do? Donations are greatly appreciated! (Disclaimer: I may not actually use it for coffee!)